The Tar-Baby & Other Rhymes of Uncle Remus by Joel Chandler Harris. New York: Appleton, 1904. Hardcover bound in original orange cloth with gilt embossed illustration and titles to the front board and spine. A Fair copy with rubbing at the extremities, some foxing, and hinges starting. Charming illustrations on every page. Original color frontispiece and monochrome plates intact. 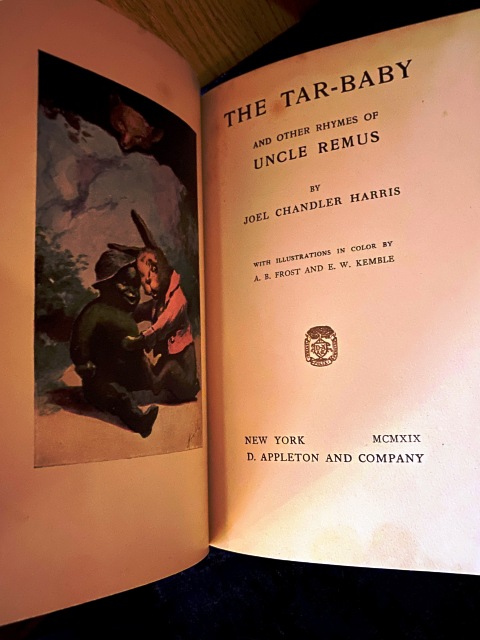 John Chandler Harris was a white journalist in post-Reconstruction Atlanta who compiled and adapted Black American folktales. He created the character of Uncle Remus to narrate these stories. Between 1881 and 1907, Harris published six Uncle Remus collections. Three additional collections were published after his death. The stories are all written in a dialect meant to evoke the language of Black people in the Deep South. Although popular at the time of publication, they have since attracted well-deserved controversy.

A personal note: Twenty years ago, I found this book at the request of an incredible person who collected art, literature and artifacts that misrepresented the Black community. I remember asking him why, as a Black man, he wanted those things. He said that it was important to be aware of our country’s long history of 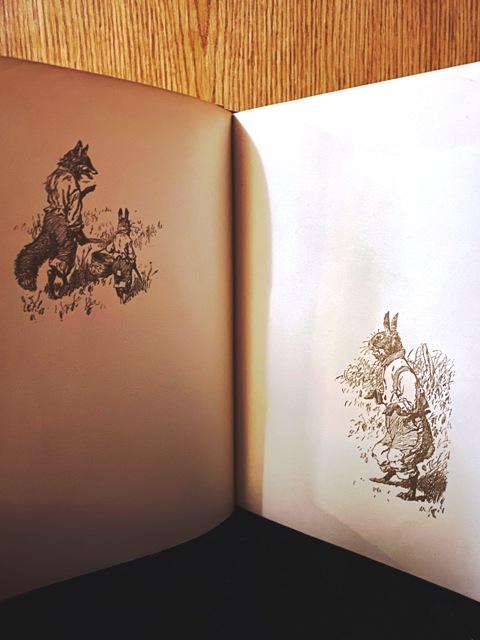 covert (and overt) racism. He died several years ago and I bought the book back from his son. On the surface, I can appreciate it as an object – it’s a nicely bound book with lovely illustrations on wonderfully thick paper. However, it isn’t a great idea to dwell entirely on the surface. There are many good conversations to be had about this book – what it represented then, and what it represents now. $65