View cart “The Tower by W.B. Yeats. 1st Am ed.” has been added to your cart. Please checkout within or this item will be removed from your cart.

Lot of Two Carbon Copies of Original Poems by Charles Bukowski. Two poems, the bells of the condom and the pros. Both in archival poly sleeves. Both SIGNED and dated. Bukowski died of pneumonia in 1994 but remains a cult hero who depicted the absurdity and depravity of life through his poetry, novels & short stories. His subject matter and style are considered offensive by some – centering around sex, gambling, and the everyday drudgery of Los Angeles. John Martin, publisher of the legendary Black Sparrow Press in Santa Rosa, CA, convinced Bukowski to make carbon copies of his poems during the late 1960’s & 70’s. These are two such carbons from Bukowski’s typewriter, containing his hand-corrections. 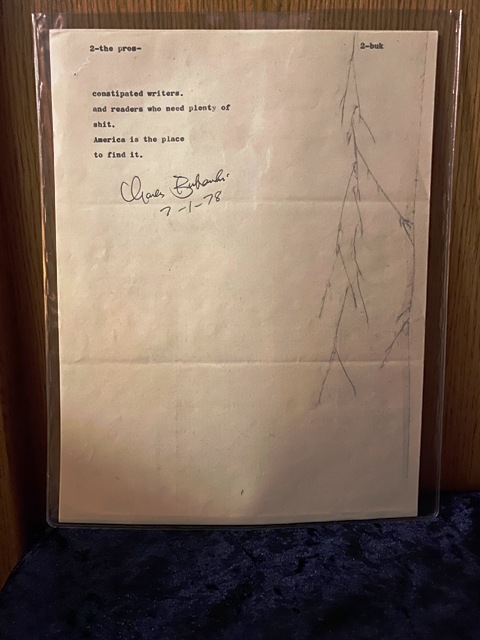 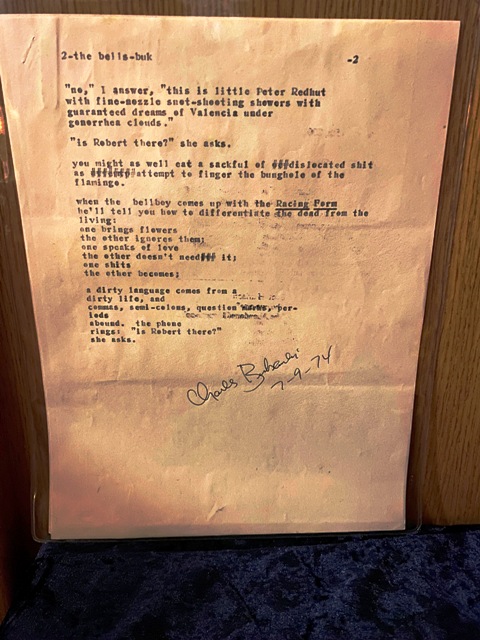